It’s no secret that HOAs get a bad rap in the public discourse.  In fact the adage, it only takes one bad apple springs to mind when it comes to HOAs and Condos. Local news reporters and politicians love to play on this stereo type of association boards as overzealous, micromanaging ogres who terrorize the lives of residents trapped in communities across the country. Sadly for many decision makers this misperception of community associations is what governs decisions about the adoption of laws that will have a lasting impact on the viability of your community and the value of your home and the trend is getting worse. But as most residents of community associations already know, common ownership communities provide the most effective from of local governance, protect property values and actually benefit all taxpayers. It’s time we answered our critics with the power of the truth about HOAs.
Like a Frank Capra movie, what would the housing market look like if HOAs and condos were to disappear?
First, according to a study by the American Enterprise Institute (AEI), your home would probably be worth about 5% less. In studying the value of property in HOAs and in traditional communities, the AEI data showed “HOAs increase [property] values by at least 5 to 6%.” There are more than 25 million homes in community associations worth an estimated $4 trillion. This would translate as a loss of wealth of roughly $200 billion dollars, which is more than the entire economic output of the State of Alabama in 2012.  Community associations have a profound economic impact on the local economy just from the increase and preservation of property values.
The second effect of eliminating community associations would be both higher taxes and bigger government. Each year more than 2 million residents volunteer their time to serve on their HOA or condo board of directors. According to the Community Associations Institute (CAI) the value of this volunteer time is approximately $850 million dollars per year. More importantly, residents of condominium associations and HOAs assess themselves to pay for the cost of services and amenities in their community. The annual amount of these assessments is approximately $40 billion dollars in expenses that would otherwise fall on state or local governments. This amounts to $133 per person nationally.
Finally, without community associations we’d probably all feel less connected to how our neighborhood, state and country are run. Nearly 90% of community association residents feel that their boards work to protect their interest and their property. Contrast that to the roughly 14 percent of Americans that have a positive view of Congress. In fact, when presented with the question of who is in the best position to make decisions for their community, 8 out of 10 community association residents feel their locally elected boards are best positioned to make those decisions. Because community associations are governed by neighbors, they are in the best position to respond to the changing needs of their community.
It’s no wonder critics are scared of HOAs. It’s not because HOAs are inherently bad, as some would like you to believe, it is because the data shows that HOAs are the most effective and productive form of governance around today. With an impact and benefits that extend beyond the gates of the community, the role of HOAs and the benefits provided by residents and community volunteers should command more positive attention from our leaders.
By: Associa 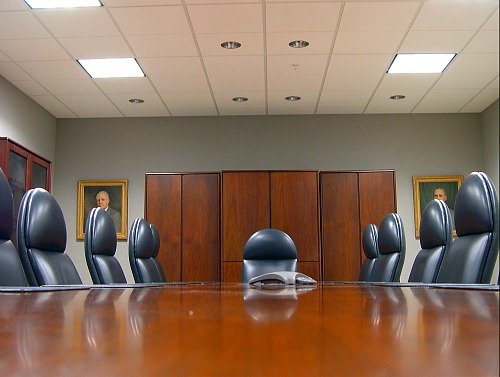 The Role of an HOA Board